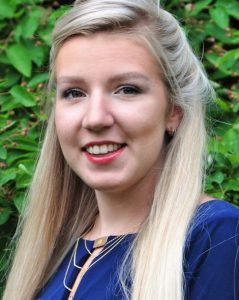 I am a Biomedical Research student from the Hanzehogeschool Groningen. After following the minor Medical Biology, I found a lot of interest in the Medical Biology. At the EXPIRE lab i am working on two projects. The first project is focussed at unraveling the biological effects of metal lung implantable devices on structural lung cells and innate immune cells. This is investigated since there is a lack of knowledge about the effects of metals used for lung implantable devices on structural lung cells. The second project is focussed on the lung sealant Aeriseal which is a new promising bronchoscopic lung volume reducing treatment currently in development. Aeriseal is designed to reduce hyperinflation and improve pulmonary function. Although first human trials showed beneficial effects for COPD patients, the application of Aeriseal is often paired with serious side effects and inflammation. The cellular and molecular sequence of events which leads to permanent lung volume reduction upon application of Aeriseal remains to be elucidated. Therefore, it is aimed to unravel the functional effects and identify the cellular sequence of events upon application of Aeriseal on structural lung and immune cells of COPD patients. By understanding the underlying mechanisms, it is aimed to provide targets which could lead to the reduction of side effects.